With its epic one liners, angsty teen music and Brody Jenner, is there a TV show nowadays that comes even close to The Hills?  I’ll answer that one for ya–no.  This show fed my soul throughout junior high and high school, and I still look forward to starting my weekends by throwing on a facemask, making some poached eggs and squeezing in a few Hills episodes.  Because of the character’s normal, every day woes, it was easy to relate to the show.  Whether you are having friend, boy or work trouble, The Hills has an episode that will ease your anxiety.  So let’s take a walk down memory lane and take a few moments to remember one of the greatest shows to grace our middle school TV sets.

He deserves his own category because this man was full of so many one liners.  What a perfect intro for our former younger selves on which guys not to date.  And LC graced us with a name that will forever be burned into our brains.  No, not Bobby, as he originally wanted to be called, but Justin Bobby!  A man so great, he needed two names. 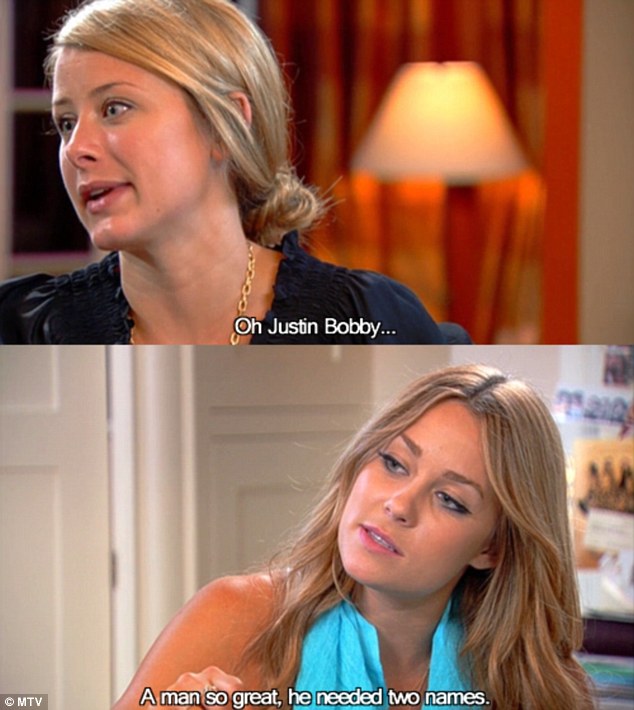 And let’s not forget when homeboy showed up at Brody’s Malibu Beach Party wearing combat boots.  We knew Audrina didn’t want to call that her boyfriend!  I mean, come on, this was the same guy that left Audrina in Vegas and made out with a bartender right in front of her.  Yet she stuck with him for years, though I suppose most of us can’t judge too harshly, since most of us have been there.  Full circle.

I never understood why Brody, Frankie and their crew tolerated him, although I recently heard a rumor (because it just can’t be true!) that The Hills was scripted.  Scratch that, it’s been confirmed by nearly everyone involved on the show.  But a girl can dream that Brody and LC really dated!

Speaking of the infamous “couple”, let’s not forget their first date and Vegas kiss.  Butterflies shot through my 12-year-old body even before I knew what butterflies were.

Brody’s smile, his eyes, his hair, his charm…yes, I had a crush on him circa 2006.  But who didn’t?  Two of my favorite moments from The Hills were when Brody and Lauren went on their first date and how the rekindled their long, lost romance in Vegas.  I will forever fantasize about the day that a boy with Brody’s good looks and personality will roll up in his new black Range Rover, take me out on a proper dinner date and kiss me goodnight from his balcony that overlooks the twinkling LA skyline.  *Swoon*

Let’s take a moment to light a candle and remember the romance that once was.  Please take this time to crank up Blink 182’s “I Miss You” and watch the slideshow of GIF’s below.  You’re welcome.

Whoa that was pretty emotional.  Deep breathe.  On the other side of the emotional spectrum, let’s check out the downfall of Heidi and LC.

Back when I first watched the series, it always puzzled me how two best friends who were so close could so publicly their friendship.  But then I went to high school.  And college.  The broken friendships I experienced from people who formerly so close to me broke my heart but I also understood that it happened for a reason.  I mean, Heidi knew what she did, right?  So here we go.  The fight in the club comes first.  Heidi tries to reconcile with LC by writing her a letter but Lauren doesn’t believe her sincerity.  I used to not but then I started watching Spencer’s snapchats (they’re hilarious, check it out @prattspencer) and began doubting Speidi’s evil intensions.  I suppose we’ll never really know, but we do know their public outbursts made for very entertaining television.

Let’s skip forward a few fights and lots of Les Deux appearances and we finally see Lauren forgive Heidi.  But she also wants to forget her.  Now, that was an absolutely epic line.  I #sorrynotsorry use it with people to this day.

Now, despite all this wonderfully written drama, nothing can come close to Heidi’s plastic surgery.  Because that shit was real.

Say what you will, I loved Heidi’s family.  Her parents were so sweet and Holly just wanted to hang out with her sister!  And maybe I’m bias, but those Colorado episodes provided the perfect backdrop for episodes where Heidi needed to get away from LA’s nonstop commotion and take a break in small town America.  Now, it took me a few years to realize that her hometown of Crested Butte was not in fact pronounced “Crusted Butt” but I later was brought up to speed on the correct pronunciation and the fantastic skiing in the town.  I’ve already added it to my bucket list of ski resorts to visit!

However, despite Heidi’s hometown roots, she got caught up in Hollywood and out emerged Frankenheidi.  Now, the entirety of tween America was thinking it but her own mother actually said it.  Serious questions: was her mom unaware of the surgery?, was this scripted?, is it really possible to have F-cup boobs???

Before we dive into the video, these are the surgeries Heidi got done: 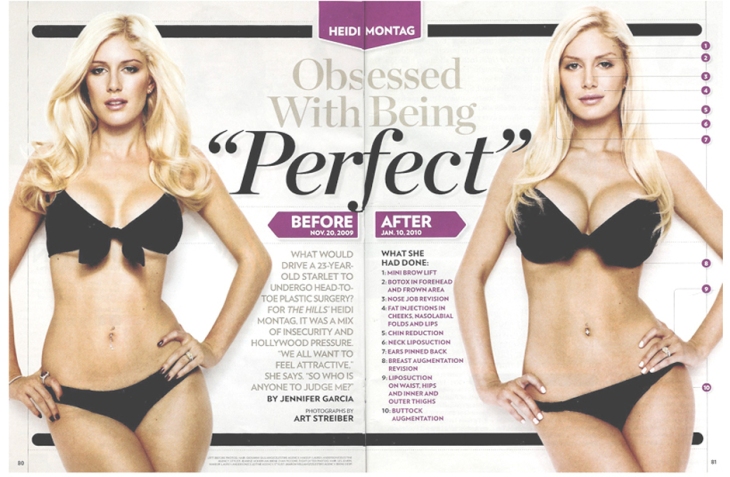 Now here we go, Darlene held nothing back.

Ouch.  Heidi has since reduced her boobs to C-cups and she’s expecting a baby boy with Spencer soon!  Yes, I know, their actually still together!  Ah, love.

That’s all I’ve got for you today.  Check out a few honorable mention Hills moments below though! xoxo