To be completely honest, I’ve never been a huge fan of Chicago.  Something about the city always left me expecting more and receiving less.  And it didn’t help that I constantly compared it to New York, which had a totally different vibe.  But this past weekend, I decided to make another trip with one of my best friends, Sarah, and it turned out to be one of my favorite trips ever!

We used the excuse of seeing one of our favorite bands, Kygo, to book a bougie hotel and eat at expensive restaurants.  And it was so worth it.

Upon arriving in the city, we checked into a one bedroom, two bathroom king sweet at our hotel, the Intercontinental on Magnificent Mile.  The room was beautiful and HUGE, and had incredible views of the city.  We could even see the Sears Tower (sorry I will never call it the Willis Tower) from our bedroom window!  My only disappointment was that the bathtub wasn’t more grand.  We were hoping to do a “hot tub” bath, since there aren’t any hot tubs in the hotel.  We still did it but it wasn’t as grand as it could’ve been in a marble tub. 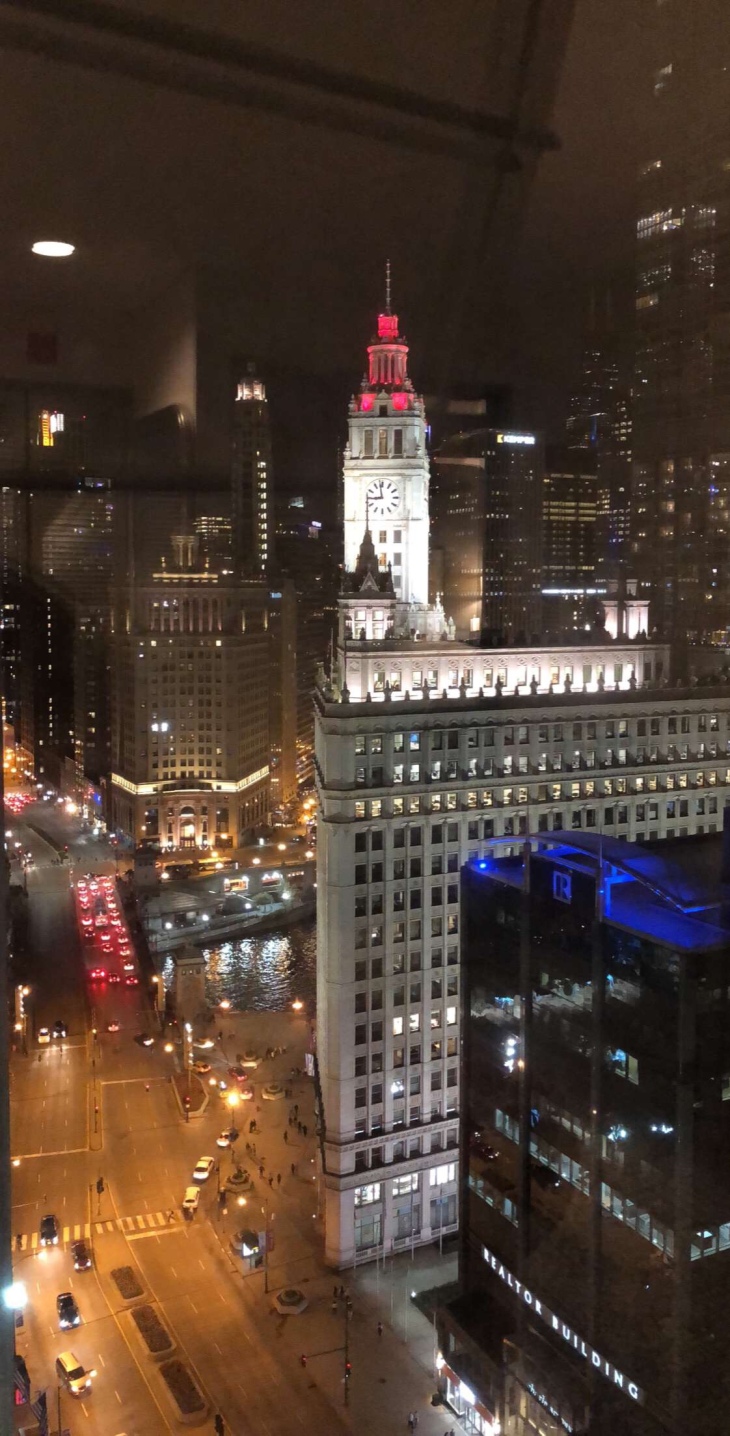 For dinner, we made our way over to Eataly, which is a gourmet Italian food market with a mixture of food stations, restaurants and grocery store items.  The concept is a big confusing but just imagine a Whole Foods on steroids with an Italian twist.  The first floor has desserts and wine, while the upstairs has a few more restaurants (divided by up seafood, pasta, pizza, etc.).  We were in a pizza mood and had one of the most DELICIOUS pizzas of all time.  Seriously, I’d go back to Chicago just to eat the pizza.  It was THAT good.  And after about 3 wine send-backs, I finally chose a cool and crisp Moscato to sip on. 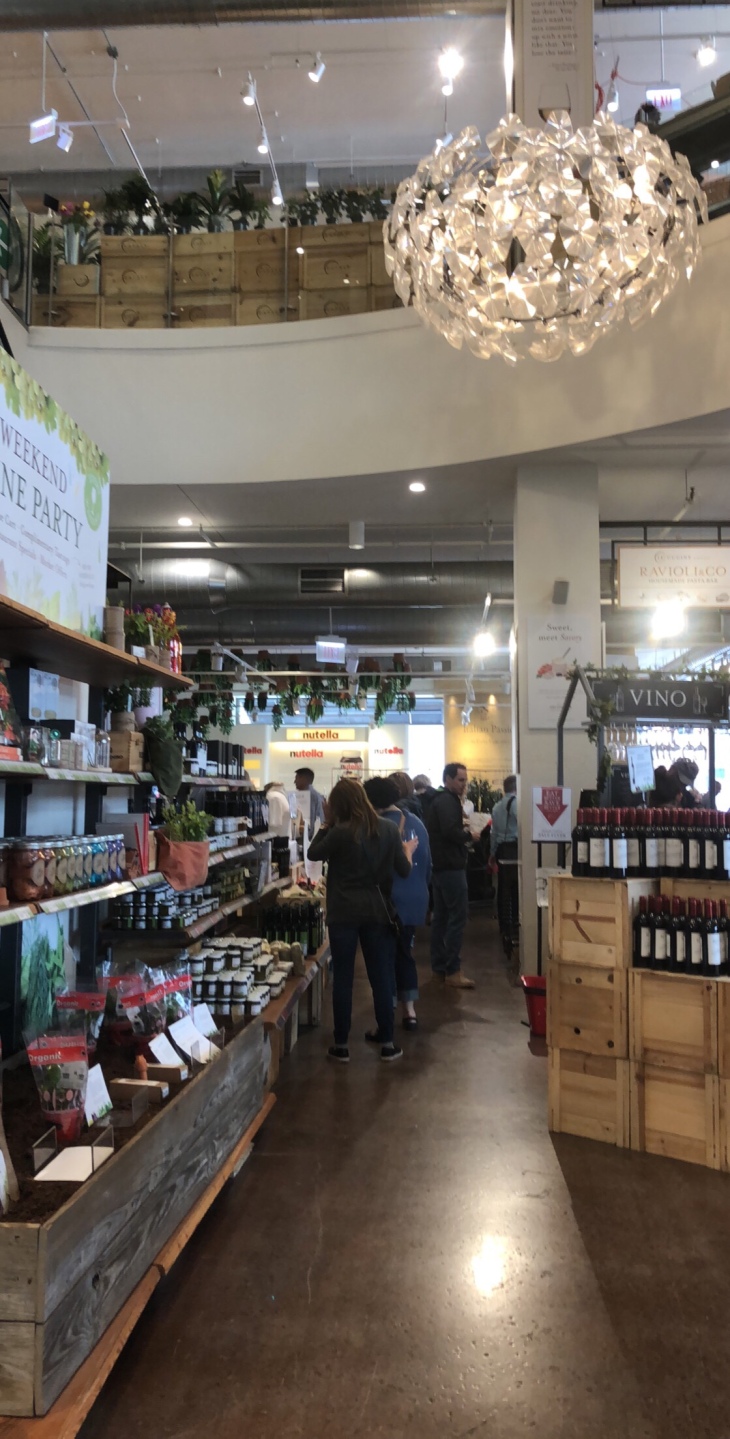 Next up, we hit a few bars.  One of my favorite places in the city is Bub City, so we stopped there first for some live country music and drinks.  Although we had initially wanted to go up to Old Town, we didn’t want to wait in a line and decided to walk from there to Gibson’s, which is the bar from the show The League (I don’t watch football but I’ll watch The League any day).  It was a bit overpriced but a good scene if you’re middle-aged, so not for us.

Last but not least, Sarah and I were hoping the pool was still open (it wasn’t), so instead we stopped by the fitness center for a 1AM iron pumping sesh.  Yeah we were a few drinks in…

For brunch, Sarah and I met one with one of her cousins, who also is one of our old middle school classmates, Carolyn.  We all went to Hutch Cafe in River North (thanks for the recommendation Sarah!), which had a nice, outdoor patio and delicious food (I had the salmon flatbread and blood orange mimosa 10/10) but was SO SLOW.  It took two hours for our food to arrive.  It’s hard for me to justify going back since there are so many great brunch places in the city but if you’ve got the time, then it’s worth the stop.

We were blessed with warm, sunny weather on Saturday, so we made our way to the LondonHouse rooftop bar.  There’s a series of rooftops in the city (Raised and The Gwen were also recommended)–check out this guide here for some more pointers.  LondonHouse had a great atmosphere and views, so it’s worth the stop.

Afterwards, we all walked over to City Winery Chicago, which is a wine bar located on the banks of the Chicago River (is this the name of the river that runs through Chicago?  No clue).  Seating is limited on the patio adjacent to the bar but you can also sit right on the concrete steps of the river, which gives plenty of space for people wanting to have a glass (or bottle, like we did) outside while watching the yachts in the river pass by. 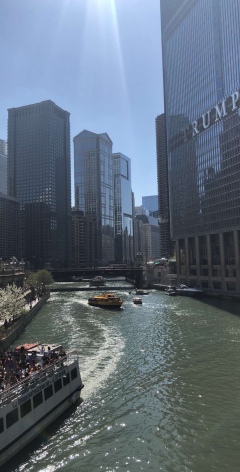 Dinner ended up being pretty early compared to usual (4pm–is this linner?) because the restaurant we reserved, RPM, didn’t have much availability.  But it worked out well because we weren’t too full during the concert–nobody wants a food baby while dancing to Kygo.  We had the truffle garlic bread for an app (so good, could use more truffle but still so good) and I had the Prosciutto Tortelloni, while Sarah had the Mama DePandi’s Pomodoro.  While both are pastas were phenomenal, Sarah definitely picked the better one–and it’s the one I’d pick the next time I go to RPM.

We had some free time between RPM and Kygo so we took a bath LOL.

Now OMW to Kygo!  We got General Admission seating, which actually wasn’t bad at all.  The tickets were only around ~$39 (plus fees and services/I don’t know or care how much we actually paid) and we still got great views of the stage, despite being at the very top row of the concert hall.  Now, coming into the stadium, I fully expected to be surrounded by scantily clad, covered in glitter/fishnets, high as a kite teens, as I was when I when to ODESZA in Detroit but this was THANKFULLY not the case.  The Chicago crowd really impressed me and for that reason, I’d definitely consider traveling all the way to the streets of West Chi for a future concert.  All in all, it was a great night!

With our last morning in Chicago upon us, Sarah and I took a friend’s restaurant recommendation (Thanks Tyler!) and booked a reservation at Beatrix in River North.  This bustling, trendy restaurant had healthy, tasty food options and creative morning drinks.  Sarah stuck with an OG Bloody Mary, while I got the Boozy Banana Joe (caffe moka and almond milk…heaven).  Oh and for food, she got a Belgian Waffle (said it was amazing) and I got the “Eggs Your Way”, also so good. 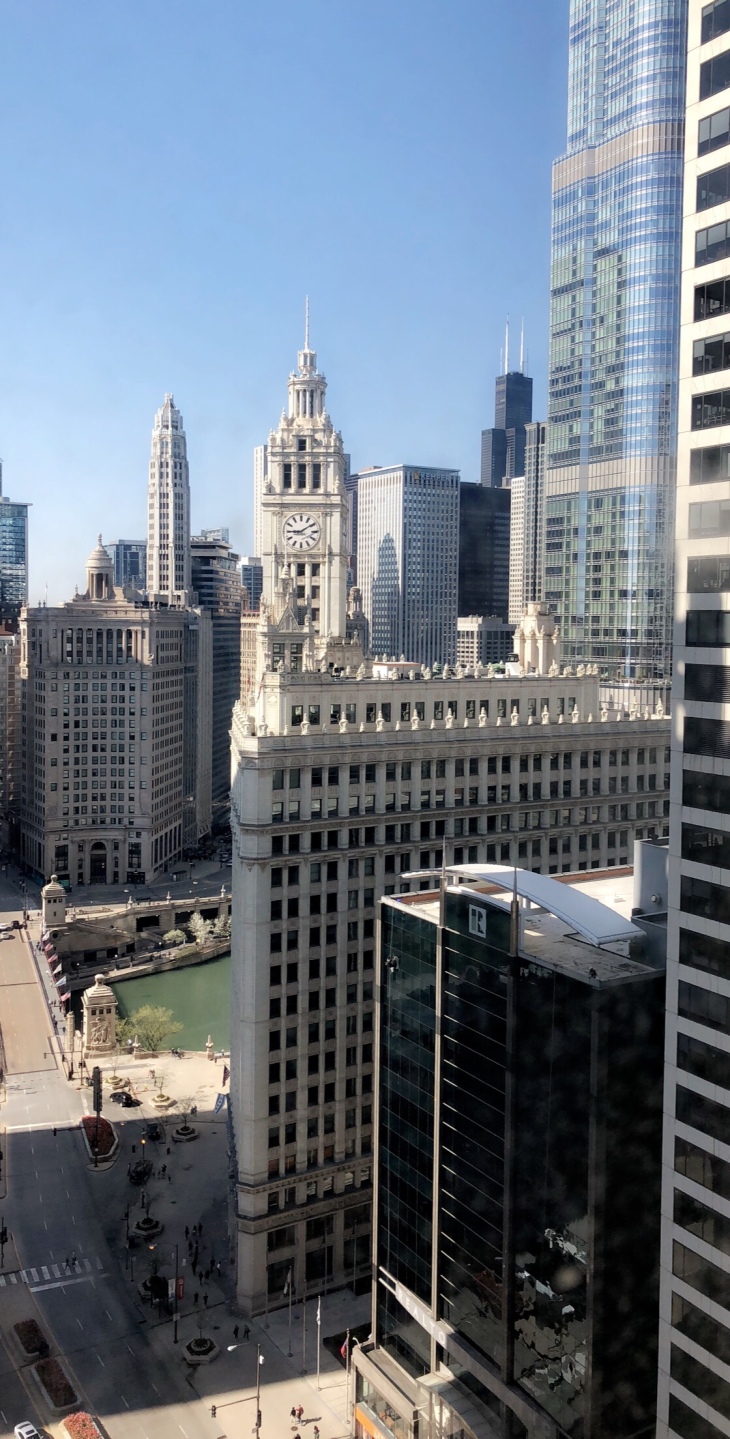 Unfortunately, we had to head back home afterwards but this will go down as one of my best trips ever!

What are some of your favorite places to go and things to do in Chicago?!  Leave a comment!