Well this was a TRIP to get to here.  The Dry Tortugas National Park is located 2 hours off the coast of Key West via ferry.  So to get here, we got up at 3:30am in Miami to make it to the Key West ferry by 7:30am.  Then we hopped on a ferry to make it to the Dry Tortugas by 10:30am.  Worth it?  Yes.  Would I go again?  Probably not.  But let’s first get into the breakdown of how to get there, how to buy tickets, how much it’ll cost you and what there is to do on the island.

So the Dry Tortugas are a series of islands in the Gulf of Mexico.  The main island people visit and the island the ferry stops at is called the Garden Key.  It’s got a giant brick fort, actually the biggest brick fort in the Americas, that’s original intention was to watch for pirates in the Caribbean.  At one point is was also a prison, medical center and now it’s a tourist attraction.  The views from the top of the fort lets you see for miles, with great views of the other islands in the Dry Tortugas, wildlife and Gulf of Mexico. 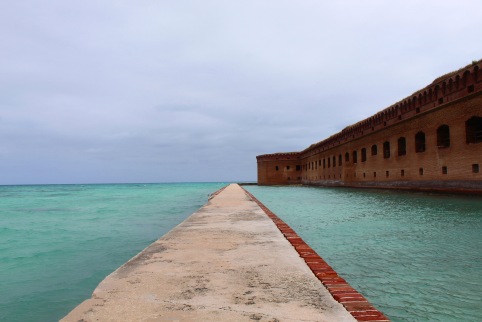 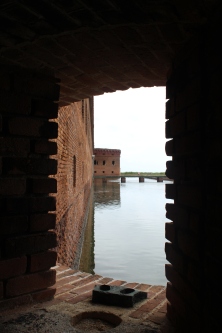 There’s also two beaches, where you can go swimming and snorkeling.  We went snorkeling, with the best fish and coral viewing being near the abandoned docks.  However, it was a bit crowded and the waves were high so the clarity wasn’t amazing.  GoPro pics to follow soon!  The island also has plenty of picnic tables, changing rooms and showers (on the ferry) so you never need to worry about a place to put your stuff, clean up post snorkeling/swimming and a place to sit and eat.  ALSO there’s camping on the island, which I’d consider in the future if I’d visit again.

So how to get tickets–getting tickets was pretty easy but it’ll cost you.  Tickets run at $180/each.  However, if you have an America The Beautiful Pass, you’ll be able to save $15.  And spots fill up quickly during peak season.  The ferry only allows a limited number of people, so you should book tickets at least a month in advance.  Although the trip was expensive, it includes a nice continental breakfast spread and lunch with LOTS of food.

Overall, it was a great experience and a unique national park.  But it’s most likely a once in a lifetime experience.

After the Dry Tortugas, we made our way back to Key West and had a great dinner and quick sightseeing before our long drive back to Miami.  There were great happy hour deals, so we stopped by the Half Shell Raw Bar for drinks and some oysters!  The drinks were 50% off and the oysters were only $11 for a dozen, so it was a steal!  I noticed most of the happy hours in the area were from 4:30-6:30, just as a heads up for anyone visiting Key West.  Afterwards, we went to the Hogfish Bar and Grill, which is supposed to have some of the best hogfish around.  It’s a short drive from Key West on Stock Island and was well worth the stop! 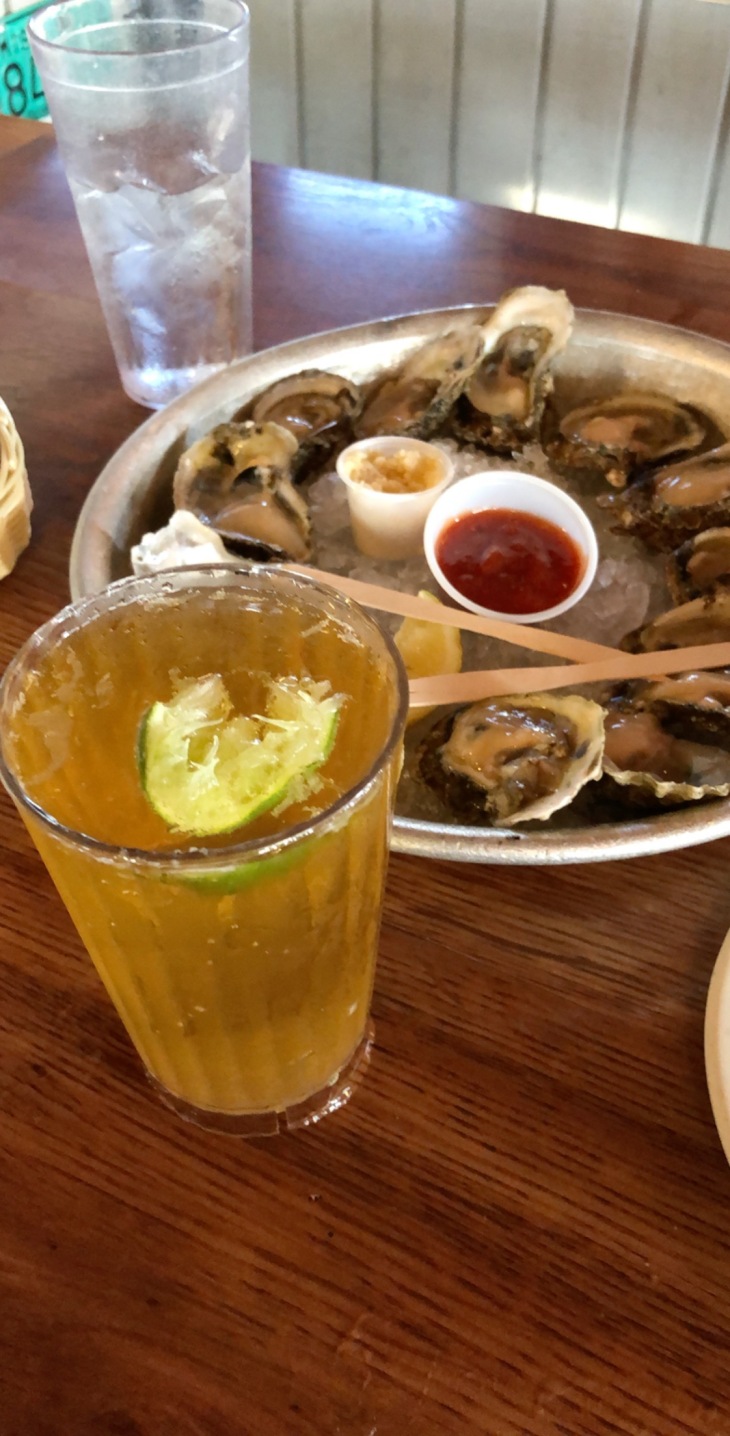