Wow it’s been a while since I’ve posted.  I’ve done a lot of traveling and have been busy with work so I haven’t had a chance to update my blog in a LONG time.  But I’m ready to share some of the places I’ve been to!

I recently went to Florida (~2 months ago) and visited three national parks.  Here’s the first one–the Everglades!  This wasn’t my first time to the ‘glades, but definitely the most time I’ve spent in the park.  At Shark Valley Visitor Center, there’s a flat, 15 mile bike path loop that stop midway at an observation tower.  So off I went to Shark Valley to bike and see some gators!

Upon arriving at the visitor center, I waited in line for about 20 minutes before entering the park.  Although it was 11am on a Wednesday, the park was still very busy.  After entering the park, I picked up a rental bike (only $9/hour!) and took off!

Although it was a nice ride, the way there was not as thrilling as I expected.  The path is a loop, so there are two parts of the bike path–one side is a winding path, while the other side is a straight path.  I began on the winding side, which was very dried up, leading to only two alligator spottings.  On the way back, we saw plenty more–at least 20!  The observation halfway through the loop provided a nice break to see the landscape of the Everglades and spot some gators and turtles from up above.  There’s also a crocodile who likes to spend his time along this path–so keep your eyes peeled for it!  This same path has a tram you can take if you’re not feeling up to the bike ride. 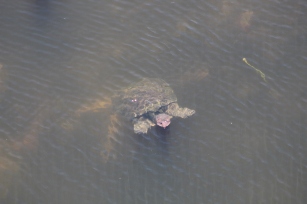 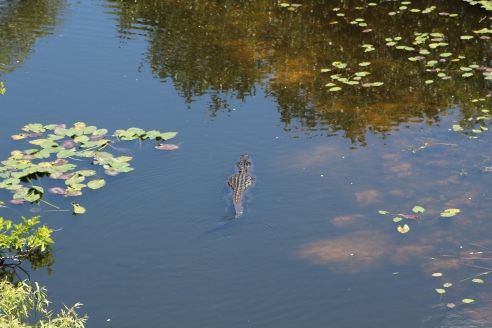 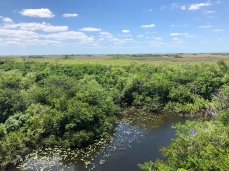 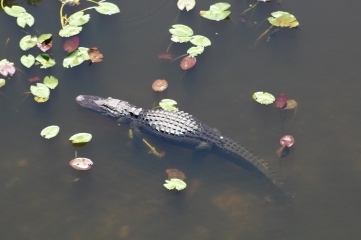 Another note about the path is that there is NO SHADE.  Wear LOTS of sunscreen to prevent being burnt to a crisp like me.  Well okay, my burn wasn’t horrible because I applied sunscreen every 30 minutes or so but I was still reeling from a burn from the day before so it was painful.

There are also a few short paths and boardwalks at Shark Valley, as well as a tram that takes you along the bike path to the observation tower.  I took the Bobcat Boardwalk Trail, which is a half-mile long boardwalk that takes you above the slough of the ‘glades.  It was dried out when I went but I assume it’s more swampy during the wet season.

A highlight of the trip was seeing baby alligators!  I saw them on my way to the boardwalk trail–and they were so beautiful!  I had no idea gators were born with so many different colors. 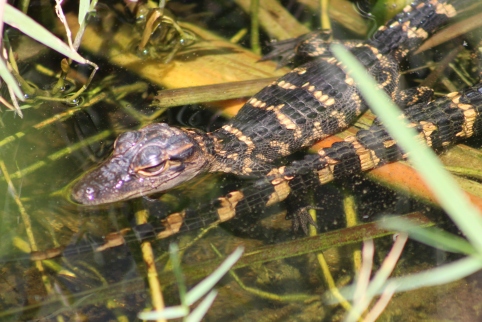 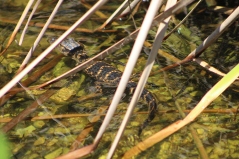 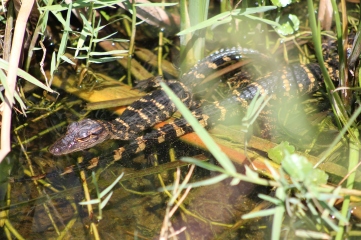 In addition to the Everglades, check out the nearby Big Cypress National Preserve and Fakahatchee Strand Preserve.  Both preserves have plenty of (BIG!) gators, hikes and are much less busy than the Everglades.  The key is to find the service roads, since they often parallel a river full of gators.  My favorite service road is the Janes Memorial Scenic Drive that begins in Copeland.  There are a few ATV/dirt trails along the road too so you can explore the wilderness a bit.  Another great stop along the Tamiami Trail (the road that goes through the Everglades) is the Big Cypress Bend Boardwalk.  There are a few resident gators about a quarter mile in from the parking lot, as well as gators in the river along the boardwalk and at the small pond at the end of the walk.  Lastly, if you want to spot orchids, check out the Skillet Trail.  It will say it’s “closed” and there’s a gate blocking people from entering the trail but it’s easy to walk over and continue on the path.  There are TONS of beautiful, red orchids just feet away from the main trail in the woods. 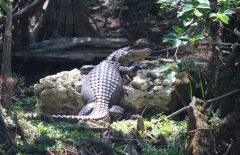 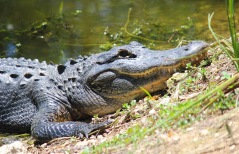 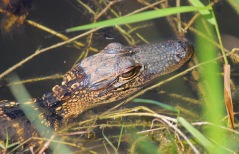 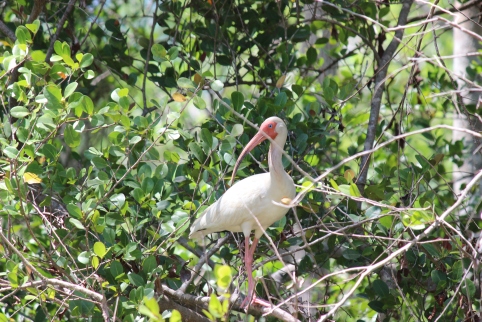 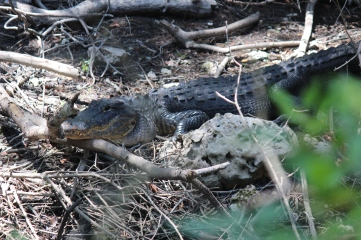 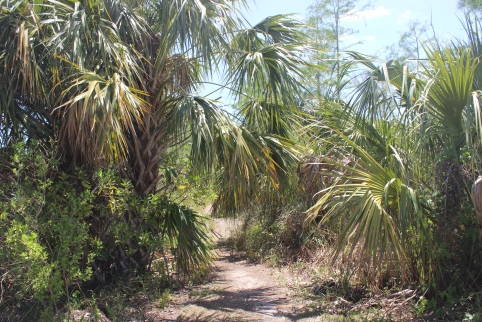 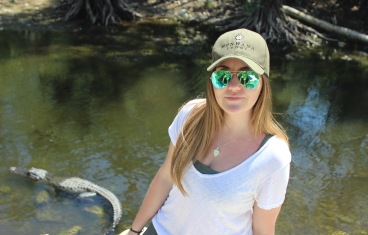 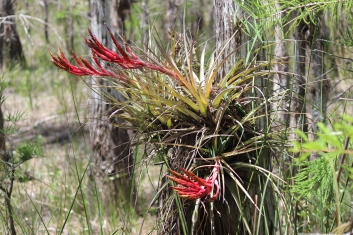 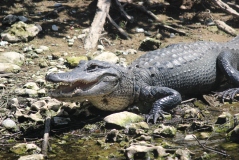 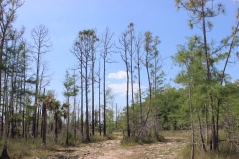 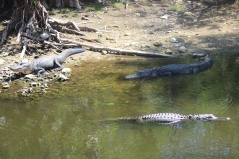 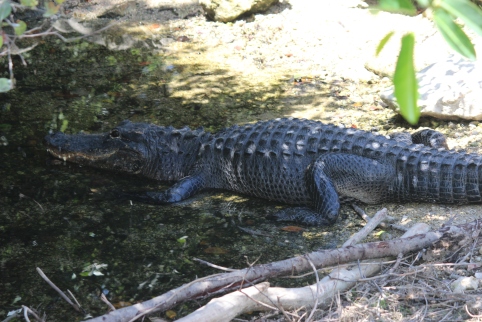 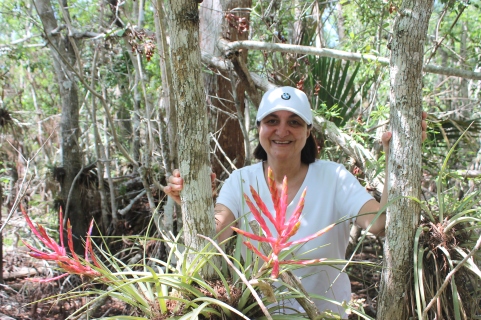 I can’t wait to explore the Everglades more in the future!  If you have any favorite hikes or things to see in the ‘glades, let me know! 🙂